What is the Difference Between a HERS Rater, an RFI, and a Residential Energy Auditor?

First of all, the term 'HERS' stands for 'Home Energy Rating Systems' and a certified HERS Rater is a residential energy efficiency professional that understands building science, heating & cooling equipment, residential building construction, clean energy systems, ventilation & filtration and much more. A Rating Field Inspector or 'RFI' performs the energy tests and inspections required for a residential energy rating on behalf of their affiliated certified HERS Rater. An energy auditor also tests and inspects residences for energy efficiency but has limitations that raters do not have.

Here are Some Example Programs Authorized for Certified HERS Raters but not for Energy Auditors:

I am new to this industry – do you have a recommended training/certification/work path for me to follow?

Congratulations on choosing to become involved with energy and green!  There is a lot to learn and even those of us who have been working in this field for over four decades are still learning new things every single day.  The recommended path below will help you gain expertise one step at a time.

Learn more about the difference between a HERS Rater and Energy Auditor here.

The ICC website gives two (2) options to select the version of IECC energy codes to be tested on: 2015 or 2018 IECC

The exam format is online only.

Use the website link shown above view testing criteria for the: 79 - Residential Energy Inspector/Plans Examiner

Exam fees are non-refundable except at the sole discretion of ICC.
Before you finalize your exam purchase, please check the following for accuracy: 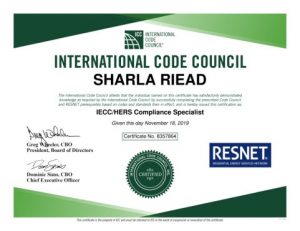 The International Code Council and the Residential Energy Services Network (RESNET) developed a new certification designation, the International Energy Conservation Code (IECC)/Home Energy Rating System (HERS) Compliance Specialist. This certification combines the energy code knowledge of code officials with the energy efficiency knowledge of HERS raters to identify experts in energy plan review and inspection. The credential leverages the strengths of both organizations to increase the number of qualified individuals available for evaluating energy code compliance and home energy performance.

The IECC/HERS Compliance Specialist designation verifies competency in energy performance measurement and energy code proficiency. These certified specialists can supplement the work of jurisdictions facing resource constraints that affect their ability to conduct the necessary reviews. IECC/HERS Compliance Specialists may now be used for both code compliance and energy performance rating services.

The Code Council is the preeminent certification body for credentialing code professionals. Code Council certifications are often prerequisites for those seeking positions that review building plans and inspect homes and buildings for compliance with applicable codes and standards. The Code Council is also the publisher of the most widely adopted building safety codes in the world and the expert on testing for understanding and application of codes and standards.

RESNET is a national standard-making body for building energy and water efficiency ratings and certification of systems. RESNET provides training and certification to industry professionals who rate the energy efficiency of homes through the HERS rater certification. Rigorous training and testing are done to ensure mastery of the application of rating tools so that builders and developers, in addition to homeowners, can get an accurate estimation of a home’s energy efficiency. As the gold standard for inspecting, testing and rating a home’s energy performance, RESNET has led the market for the past 20 years and delivered home energy ratings for more than 2.6 million homes in the U.S.

How is it possible to learn to become a HERS Rater or Rating Field Inspector from an online course?

A number of factors have affected the evolution of the certified home energy rater (HERS* Rater); the updating of building and energy codes, the introduction of new products and technologies and the advent of mobile computing options.

However, no factor has pushed the certified rater training faster than the scalability of online learning tools that allow vastly more participants than in-class versions. It makes sense to utilize online learning systems in order to train and certify the many thousands of certified home energy raters and rating field inspectors (RFIs) that are urgently needed.

What is missing from the online electronic education systems is the interaction that happens when the instructor(s) and students meet in-person. Also, there is really no substitute of showing how to set up a blower door properly or conduct a duct pressurization test. Most of us need to watch equipment being set up and operated correctly, and often need to perform the set ups ourselves to feel comfortable.

So, the current procedures that EnergySmart Institute and RESNET have adopted is a mix of online and in-person sessions. This mix seems to work best for the majority of people in that taking courses in an online, on-demand format makes it possible to study when time is available, day or night.

There are also online energy testing simulation tools that can be accessed when convenient and available for multiple practice sessions until the student feels comfortable.

The national tests that are administered by RESNET require a proctor to visually watch the student(s) take the online timed exams. It is during this time frame that a student needs to travel to take the national tests that mentoring time can be scheduled to practice using the various types of energy testing equipment.

To set up proctored tests or mentored in-person training at EnergySmart Institute just use the “Contact Us” tab/link and either call or send an email request specifying what you want and how to get back to you using phone and/or email. The staff at ESI will help get the test or mentoring sessions scheduled.

FAQs for information related to the Residential Energy Services - RESNET.us

This information applicable to home energy raters, building and energy code officials, lenders and others involved in residential construction and energy codes.

The 2015 IECC did not reference a standard for the ERI calculation and most certified RESNET HERS® Raters observed that the 2015 IECC ERI was the same value as the HERS Index, since their rating software used the same standard as used by RESNET for HERS Ratings. For the 2015 IECC this is true.

This worked until the 2018 IECC was adopted.

The 2018 IECC explicitly references the same underlying standard used to calculate the HERS Index, ANSI/RESNET/ICC 301, yet HERS Raters have observed a difference between the calculated 2018 IECC ERI and the HERS Index. While the biggest difference is caused by the 2018 IECC modification in the modeled ventilation rate, that’s just part of the variation.

There are several reasons for the additional variation. First, the 2018 IECC can only reference one version of a Standard, that was published at the time the code was being developed. In the case of 2018 IECC, Section 406 refers to the ANSI/RESNET/ICC Standard 301-2014, with Addendum A and B.

It is for this reason that RESNET HERS Index scores and IECC Section 406 ERI scores will always remain out of sync to varying degrees.

As an example, homes with permits in the fall of 2020 and seeking a HERS Rating will be using ANSI/RESNET/ICC Standard 301-2019. If their state has adopted 2018 IECC, their code-compliance ERI will still be based on the much older 2014 version of Standard 301 with Addendum A and B.  The result is different index scores, since the older version of Standard 301 with only Addendum A and B was before amendments like the Index Adjustment Factor or the allowance of credit for LED lighting.

How does this affect HERS Raters and Builders? Not much, as long as they understand the difference in scores. The IECC Section R406 ERI is a snapshot in time where the sole audience is your local code official. The HERS Index is a value that can evolve over time and is used to represent the energy performance of a home to homeowners, homebuyers, renters, utilities, and program implementers.

The table below demonstrates some of the other differences between the HERS Index and the ERI as calculated in accordance with the 2018 IECC. Click the image below to see an example of our on-demand training in action: 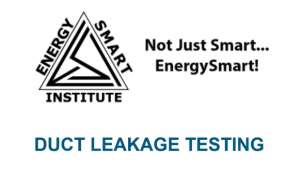 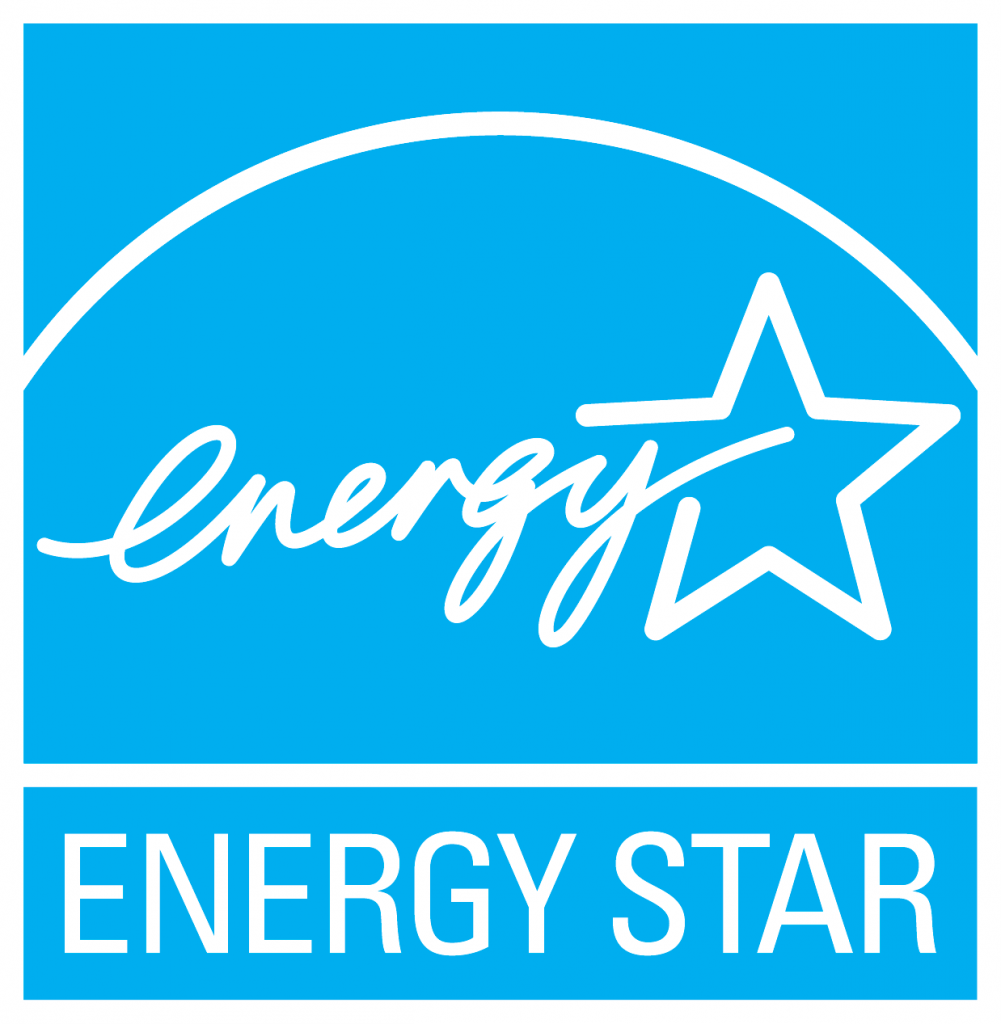 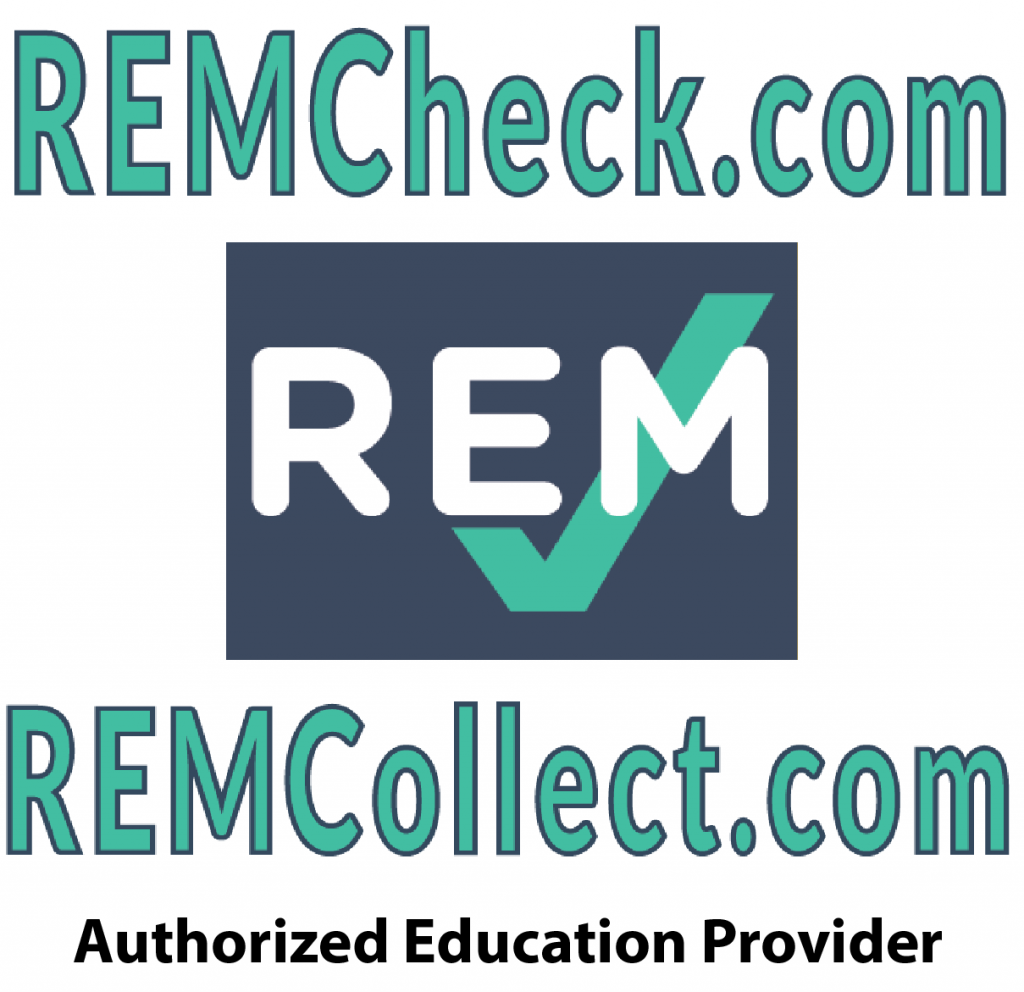